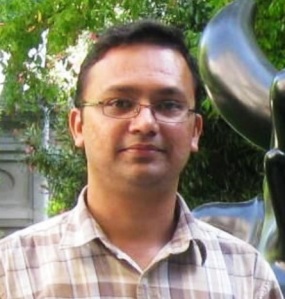 Whether the gravitational collapse of an astrophysical object leads to a black hole or a naked singularity is one of the most intriguing issues in Einstein’s theory of General Relativity. In many astrophysical situations, the initial conditions are such that a trapped region forms and the gravitational collapse ends in a black hole, in confirmation with the Cosmic Censorship conjecture. However, in recent years conditions have been found for which the conjecture may be violated.

To gain insights on this issue, understanding the process leading to the formation of the trapped surface and the way it may be delayed is important. A decade ago, it was found that the shear scalar plays a crucial role to determine the fate of the collapsing object [1,2]. If the shear is sufficiently strong, it can conspire with inhomogeneities in such a way that the formation of trapped region is delayed so much that the geodesics can encounter a singularity before the apparent horizon forms. In this paper, the authors find the necessary and sufficient conditions for a naked singularity to form for general Locally Rotationally Symmetric class II spacetimes in a covariant formulation. With an emphasis on the physical and geometrical aspects, the role of the Weyl curvature in the possible violation of the Cosmic Censorship conjecture is carefully discussed. Two illustrative examples are provided – one each for a black hole and a naked singularity.

This work fills an important gap to understand the conditions for the formation of naked singularities in a covariant setting, and further clarifies the role of spacetime shear in the validity of Cosmic Censorship conjecture.

Publish your next paper in CQG for the chance to benefit from promotion on CQG+. CQG papers are selected for promotion based on the content of the referee reports. The papers you read about on CQG+ have been rated ‘high quality’ by your peers.