CQG has never published a movie review before. It is therefore with appropriate humility that I offer a review of Interstellar.  This scifi epic wins the historic honor because it lists a physicist, Kip Thorne, as an executive producer, and is advertised as based on his theories. Indeed, the movie plot and graphics do involve ideas of relativity in very important ways.

In the spirit of disclosure I state, right up front, that I am not a fan of science fiction, but am a fan of Kip Thorne; like many of his former students I have remained a friend.  My fan/antifan biases should cancel and leave me to do the objective job that a scientist is expected to do.

This is not, of course, a review for the general public. CQG is seldom found in the waiting room of dentists. If you are reading this, you almost certainly have an advanced understanding of the spacetime and gravitational physics that inform the film. I have been asked to write a review that helps you to decide whether to see the movie. In turn I have asked myself “why would a physicist go to a movie with physics in it?”  One obvious answer is to watch, with a skeptical scowl, the misrepresentations and to feel superior. Paleontologists probably did this with Jurassic Park; lawyers probably do this with courtroom dramas, and so on.  Few worthy targets have previously existed for relativists.

Is Interstellar a worthy target?

The plot calls upon, in fact, crucially depends upon (i) traversable wormholes, (ii) black holes (iii) an extreme strong-field twin-paradox.  The denouement of the movie, which brings in a mention of branes, also requires a very tolerant attitude towards what games quantum gravity might allow us to play with physical time.  On top of these plot issues is the computer graphics based mostly on real physics, or at least real spacetime metrics.

The traversable wormhole plays the most central role. As in the 1997 movie Contact, a wormhole is a convenient device for getting to distant worlds in plot-acceptable times without violating speed-of-light travel limitations.  Here the protagonists are our heroes seeking a new home for humanity by slithering through a wormhole connecting a neighborhood of Saturn to a distant galaxy. (This connection of stellar regions is probably the root of the title of the movie, although the density of Hollywood luminaries suggests a double meaning, one example of subtle, perhaps intentional humor in the movie.)

It should be understood that best-practice physical law is still violated, since our current understanding is that such a wormhole cannot exist, and if it could exist it could not be “created” by the advanced civilization lurking in a background plot; creation would involve a change in spatial topology.  Physical law, or our best current understanding of physical law, is still violated, but in a more interesting, more modern, more obscure way.

Do not scoff. This should be acceptable.  It’s science fiction, not science, and there is an implied willingness of the viewer to suspend disbelief in the plot and to suspend belief in the laws of nature.

Now we get to the interesting question, whether the real science is just a fashion accessory. If physics is going to be ignored when ignorance is convenient, why have the inconvenience and great expense of using graphics calculated from real spacetime metrics, and why advertise a movie based on the “theories” of a leading theorist?  If in for a penny, why not for a pound?

Yet somehow it seems right to connect to real science. Maybe it is the imposed discipline that constrains the plot, a constraint that avoids an unfettered flight of cinematic imagination that threatens the contract with the viewer.

But I do grumble.  The explanations, or even presentations of the science, are brief, easily missed, or in fact really missing. The wormhole gets a few sentences and a “demo” with a folded piece of paper; the tidal effect on Miller’s planet (which has technical issues) gets none (did I blink and miss it?); the black hole accretion disk (which has technical issues) is not explained.  Lots of things are happening. Maybe too much, and clear explanations of the science, as well as of the human themes in the plot, are subservient to an immersive experience.

An important part of that experience is the graphics, the carefully computed images of astronomical space as distorted and enriched by the wormhole and the more astrophysically relevant gravitational lensing by the supermassive black hole. Much work has gone into these images, but the pace of the movie does not slow for them, nor are they explained.

As with the plot science, it seems that a great deal more use could have been made of these images, but the movie pushes forward bits and patches of science and plot, as if the movie maker is providing resources and wants the viewers to construct their own  experience. The success of the films of Christopher Nolan leaves no doubt that this kind of cinematic experience, so different from simple story telling, is greatly appreciated by many movie goers.  Interstellar might be the best of his films in that style, and he uses our physics as the context! 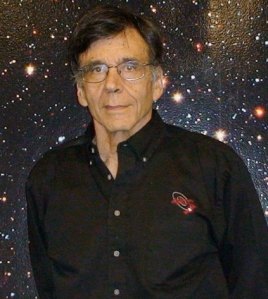 Richard Price is a professor of physics at the University of Texas at Brownsville. His research involves theoretical physics, applied mathematics, and computer modeling of black holes, neutron stars and strong field sources of gravitational waves.

Beyond this, dear spacetime professional, there are practical reasons for you to see Interstellar.  People are going to ask you about the science in the movie.  These questions would be hard to answer since the background science is — well — hidden in the background. But you’re in luck. You can be the hit of the party.  Kip Thorne’s book The Science of Interstellar (WW Norton, 2014), is available now. Why does the black hole accretion disk not have doppler shifted colors? Why are the tides on Miller’s planets so high? What is the connection of the mystical patchiness of time with braneworlds? These are all answered in this popular book. There will also be several journal articles focusing on the graphical imaging of black holes and wormholes.

If we can speculate about physics, why not about education. Might the movie and the popular book be the basis of a general education science course?  Imagine undergraduates arguing about the difference between wormholes and black holes. This may not be our current understanding of the laws of education, but it could happen.

Follow CQG+ for notifications of high quality papers and other news from the gravitational physics community.

1 thought on “Movie Review of Interstellar, by Richard Price”