Can we explain the condensation of spacetime seen in numerical simulations of Causal Dynamical Triangulations?

Dario Benedetti is a CNRS researcher at the Laboratoire de Physique Theorique at Orsay, France. His work focuses on various approaches to quantum gravity including CDT and asymptotic safety.

In the search of a quantum theory of gravity, it is not often that we are faced with the challenge of explaining some novel physical phenomenon: experiments are notoriously lacking, and theoretical questions usually involve clarifying the features of the different approaches, or the paradoxes of established theories. One of the most exciting aspects of Causal Dynamical Triangulations (CDT) is that numerical studies can produce unexpected results, which must then be explained, much like in mainstream statistical mechanics research.

Our paper, published in Classical and Quantum Gravity, is concerned with providing such an explanation for an important and beautiful phenomenon which has been repeatedly observed in numerical simulations of CDT: the ‘‘condensation of spacetime’’.

In order to explain what we mean by that, let us take a step back and briefly remind you of the CDT framework. CDT is an approach to quantum gravity that takes inspiration from lattice field theory and statistical mechanics. The word “triangulations” refers to the piecewise flat d-dimensional spacetime geometries included in the path integral, while the word “dynamical” reminds us that, in the spirit of general relativity, such geometries are not a fixed background structure, but rather they are the dynamical degrees of freedom over which we perform the quantum sum over histories. Lastly, the word “causal” refers to the restriction to the class of triangulations admitting a regular foliation, something that allows us to perform a Wick rotation, and thus switch between Euclidean and Lorentzian signature without running into degenerate light cone structures.

In short, the goal of CDT is to construct spacetime as the continuum limit of an ensemble average over discrete geometries. The hope is to obtain a spacetime with familiar classical features at large scales, and with novel quantum features at short scales. From a technical point of view, the advantage of CDT is its relative simplicity, which allows us to study the nonperturbative behavior of the model by numerical simulations on the computer.

And so far, the results of such simulations are very encouraging, because both in three and four spacetime dimensions a geometric phase has been identified, in which the large scale properties of the average spacetime are sufficiently classical (e.g. the effective dimension is the classical one, and the time evolution of the spatial volume is well fitted by that of a sphere). That is, we see spacetime emerging dynamically from the sum over histories. 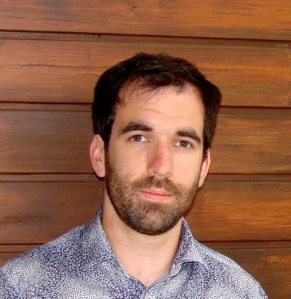 Joe Henson is a research fellow at Bristol University. His research includes work on approaches to quantum gravity such as causal sets and CDT, and also investigations of the foundations of quantum mechanics.

Now, what we mean by condensation is the spontaneous breaking of time-translation invariance (for simulations over an ensemble of geometries with periodic boundary conditions in time) and the formation of a droplet, or “blob”, of spacetime of finite time extension, outside of which the spatial volume is minimal and approximately constant. This behavior is shown in Figures 1 and 2. As is often the case in statistical models, the occurrence of such a condensation is by no means obvious on the basis of the microscopic definition of the model. It is an outcome of the nonperturbative collective behavior of the degrees of freedom, and explaining it from first principles is a formidable task. In this case, we are not able to derive the phase diagram directly from the definition of the CDT model. What we can do instead is to try to explain such behavior in terms of an effective description, i.e. in terms of a simpler model that provides an effective dynamics for the collective (global) observables we are looking at (in our case, the spatial volume). 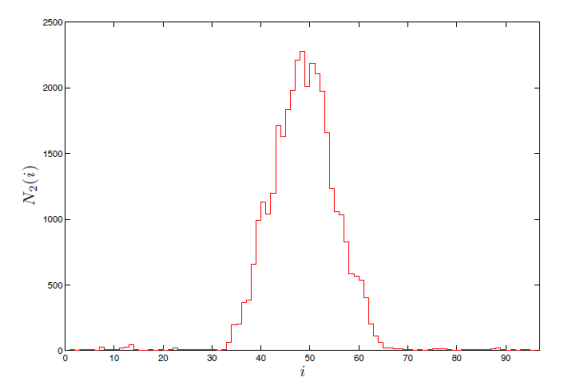 Figure 1: a typical configuration occurring in the CDT simulations. The horizontal axis is time, the vertical is the spatial volume. The spontaneous breaking of time-translation invariance is obvious.

Figure 2: the average profile obtained from over a thousand configurations like the one in Figure 1.

In our recent CQG paper, we suggest an effective model for three-dimensional CDT, and show that the semiclassical analysis of our model is consistent with the CDT result. It therefore provides a possible analytical explanation of them.

Our model is essentially a minisuperspace reduction (i.e. a reduction to a model with finitely many degrees of freedom, in our case just one) of a particular version of Hořava Lifshitz gravity. In other words, we conjecture a model for the dynamical evolution of the spatial volume variable, as a function of time. By standard reasoning, the path integral is expected to be dominated by the minima of the action, and therefore our main task is to identify the configurations that correspond to absolute minima of the action. Within a certain range of the parameters (e.g. for a total time extension not too large and not too small) we find that a droplet configuration is indeed the dominant configuration, and its shape provides a very good fit for the CDT numerical simulations. The physical mechanism behind the condensation is to be found in a delicate balance between a kinetic term that favors constant configurations, a potential that favors minimal spatial volumes, and a volume constraint fixing the total spacetime volume to a given value. Put simply, the potential pushes for the creation of the flat stalk with minimal spatial volume, while the volume constraint requires the appearance of a peak of spatial volume containing almost all the spacetime volume. Lastly, the kinetic term smoothes out this lump of volume over more than one slice, thus leading to the observed droplet.

What we found is a “phenomenological” model for the computer “experiments”. Being an effective description not derived from basic principles, there is some room for ambiguity (are there other models that can succeed as well?), and we are left of course with the question of how such an effective model is generated by the fundamental one. The ambiguity can be lifted to some extent by making further “measurements” (further simulations and their analysis), for example studying more in detail the probability distribution of the spatial volumes, their correlations, and so on. We are currently working in this direction. As for the derivation from first principles, we hope that the understanding of the CDT effective dynamics will inspire us to gain a deeper understanding of the combinatorial properties of CDT.