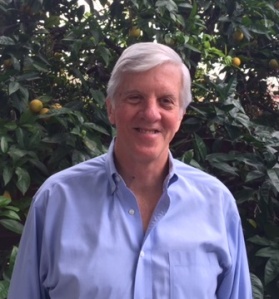 Mac Keiser was the chief scientist of the Gravity Probe B program. He is now a Senior Research Scientist, Emeritus, at Stanford.

Spherical, electrostatically-supported gyroscopes have been used for navigation for more than 40 years but their accuracy is far from what was needed to measure the effects predicted by general relativity. Fortunately, the accuracy could be significantly improved by reducing the forces required to support the gyroscope, improving the sphericity of the rotor, and increasing the gyroscope spin speed. Operating in a satellite reduces the support forces by a factor of 107, and using one of the gyroscopes as a drag-free sensor brings a further reduction of nearly 104. Improving the sphericity of the rotor further reduces the support-dependent torques but leads to the additional questions about how to spin-up and measure the spin-axis orientation of the rotor. Using a superconducting readout that took advantage of the London moment of a spinning superconductor and using a helium gas spin-up system resolved these questions, allowing the rotor to be perfectly spherical to within the manufacturing capabilities.

Our paper in CQG describes how the rotors for the four gyroscopes in the Gravity Probe B satellite were made and how they were measured prior to assembly of the gyroscopes. Flight rotors were made of from both fused quartz and single-crystal silicon with a peak-to-valley asphericity of better than 25 nm. To ensure that the mass unbalance was also less than 25 nm, the density homogeneity of the fused quartz was measured using interferograms supplied by the manufacturer and verified by the University of Aberdeen. The density homogeneity of the single crystal silicon was known to be better than required.

The original lapping and polishing machines, developed and built by W. Angele and E. White at NASA’s Marshall Spaceflight Center, were transferred to Stanford in 1970, where the techniques were improved and a new polishing machine was designed and built. The rotors are machined and then placed in the tetrahedral lapping machine where the material is removed to bring the diameter to within 11 μm of the desired final diameter. This process takes approximately 15 hours (30 hours for silicon). The motors driving the laps are speed controlled but their direction is carefully chosen so the frictional forces do not cause the rotor to revolve along any axis parallel to one of the laps. After the rotor reaches the desired diameter, it is transferred to the polishing machine where the laps and the polishing compound remove the material more slowly. Painstaking experimentation determined the configuration of the polishing machines which produced the best sphericity.

Frane Marcelja was responsible for polishing and measuring the rotors. He is now retired and living in Italy.

One big surprise in making these rotors came with our initial attempts to polish single-crystal silicon spheres after many years of polishing fused quartz spheres. Even with only several hours in the polishing machine, we found that there were peaks and valleys on the surface of the silicon sphere as high as 50 micrometers corresponding to the crystalline structure. After trying many changes to the polishing process, we finally switched to pitch laps with pH control of the polishing compound. It was immediately apparent that the polishing process had significantly improved. The slurry film on the surface of the sphere started to break up, and a soon afterwards, the gray shiny sphere appeared. In addition to mechanically removing the material, the polishing compound chemically etches the silicon. The etching rate depends on the orientation with respect to the crystalline structure and the pH of the polishing compound. The sphericity of the single-crystal silicon rotors was vastly improved after these changes were made.

The asphericity of the rotors was measured with a Rank-Taylor-Hobson Talyrond roundness measuring machine, which uses a mechanical stylus to measure the roundness of a great circle on the sphere. Although the Talyrond spindle error is 30 nm, it was possible to separate the part and bearing errors. The bearing error proved to be repeatable to 5 nm. The sphericity of the rotor was determined by measuring the roundness of 16 lines of latitude and then the equator on each of the rotors.  These 17 sets of measurement were combined to determine the spherical harmonic coefficients of the asphericity.

After the rotors where completed, they were coated with a 50 micrometer layer of niobium to  provide the superconducting surface which produced the London moment as well as the conducting surface for the electrostatic suspension system.

Read the Gravity Probe B focus issue in Classical and Quantum Gravity
Guest edited by C W F Everitt, B Muhlfelder and C M Will