“If you can look into the seeds of spacetime,
And say which grain will grow and which will not,
Speak then to me.”
– adapted quote from William Shakespeare’s, Macbeth

When we try to describe the earliest stages of the expansion of our Universe, the current picture of spacetime and its geometry as given by Einstein’s theory of General Relativity (GR) breaks down due to the extreme physical conditions faced at the Big Bang. More specifically, theorems by Hawking and Penrose imply that the cosmos emerged from a spacetime singularity. The existence of a cosmological singularity represents a main obstacle in obtaining a complete and consistent picture of cosmic evolution. However, there are reasons to believe that quantum gravitational effects taking place at the smallest scale could lead to a resolution of such singularities. This would have a huge impact for our understanding of gravity at a microscopic level, and for Cosmology of the very early Universe. 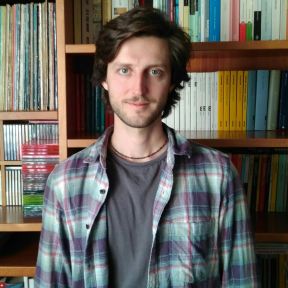 Marco de Cesare is a PhD student at King’s College London, working under the supervision of Mairi Sakellariadou on the cosmological consequences of quantum gravity.

Andreas Pithis is a PhD student at King’s College London, UK. He is a frequent visitor of the MPI for Gravitational Physics and held a visiting graduate fellowship at Perimeter Institute for Theoretical Physics, Canada.

Mairi Sakellariadou is a professor of theoretical physics at King’s College London and a member of the LIGO Scientific Collaboration. She is also Chair of the Gravitational Physics Division of the European Physical Society. 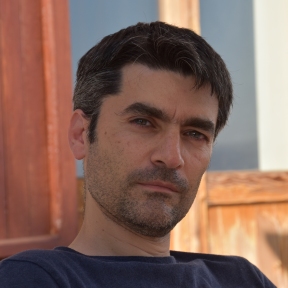 Daniele Oriti is a senior researcher and group leader at the Max Planck Institute for Gravitational Physics (Albert Einstein Institute) in Potsdam.

To respond to this challenge, physicists have been trying to construct a theory of quantum gravity for more than 80 years, which would coherently combine the basic principles of general relativity with the rules of quantum mechanics. At the current stage, there are several different approaches that have been proposed to tackle this problem. Most of them entail a radical revision of the properties of spacetime at the smallest scale. Cosmology represents an ideal testing ground of such ideas, where the predictions of different candidate theories can be potentially compared.

Background independent approaches provide a theoretical framework in which the classical spacetime continuum is given up at a fundamental level, and gets replaced by discrete structures. An example is offered by the Group Field theory (GFT) formalism, which we seek to apply to the cosmological context here. In this framework, the basic structures underlying space and its quantum geometry are of purely combinatorial and algebraic nature. The fundamental degrees of freedom correspond to ‘atoms’ of space and extended geometries can be obtained through interaction thereof. It is strictly related to Loop Quantum Gravity [1, 2], another promising approach.

The GFT formalism turns out to be particularly useful for its applications to Cosmology. In fact, it is remarkable that cosmological solutions can be obtained from the full theory (i.e. without symmetry reduction before quantization). The dynamics of a homogeneous and isotropic Universe can be obtained from the collective dynamics of a large, evolving number of building blocks, considering a particular class of ‘condensate’ states. This programme was started in [3] by Oriti’s group and collaborators at the Albert Einstein Institute in Potsdam. The dynamics of the ‘emergent’ Universe was obtained in [4] in the form of effective Friedmann equations including quantum gravitational corrections, which have been shown to lead to a resolution of the cosmological singularity by means of a bounce. The properties of solutions of different GFT models and their cosmological implications have been studied in detail in the work of Sakellariadou’s group at King’s College London [5-8]. In particular, it was shown how such models can generate an early epoch of accelerated expansion purely of geometric origin [7, 8].

A notorious problem haunting bouncing cosmologies is the possibility of having uncontrolled growth of anisotropies in the contracting phase, which is the so-called Belinsky-Khalatnikov-Lifshitz instability [9]. On the other hand, models exhibiting a cosmological bounce have to be in agreement with the observed isotropy of the Universe at late times and thus have to show that anisotropies do not grow in the expanding phase.

In our recent CQG article [10], we are attacking these problems within the GFT condensate cosmology approach. To this end, we relax one of the main assumptions made in the derivation of the effective Friedmann dynamics of the emergent cosmological background, namely the isotropy of quanta in the condensate. Thus, we examine the behaviour of perturbations representing anisotropies, and study in which regime this can be maintained as a valid approximation. We identify a region in the parameter space such that these anisotropies can be large at the bounce but are under control. In particular, our results show that, at the bounce, quantum geometry of the emergent universe has some peculiar features that make it rather degenerate, and significantly anisotropic. Our analysis also shows that anisotropies become negligible away from the bounce. Hence, this study strengthens the findings of [4, 5], that from a bouncing phase, a cosmological background emerges whose dynamics can be cast into the form of effective Friedmann equations. On more general grounds, this is a crucial step towards identifying anisotropic cosmologies, i.e. Bianchi models, within this approach.

1 thought on “Bouncing a cosmic brew”