Some years ago, at a dinner party, I met a fellow physicist who asked me what I was working on. I told him I was studying asymptotic symmetries — symmetries of space-time seen by observers located far away from all sources of the gravitational field. Remarkably, I said, these symmetries often have a beautiful infinite-dimensional structure and may provide new insights in our understanding of gravity. Somewhat sceptical, he replied: `Well surely this must be in some toy model — some extra dimensions, or postulated particles and fields… There’s no way this is directly relevant to our actual, real world!’ While I could understand his perspective, I also felt a little hurt by his cynicism towards theoretical science, so I was happy to retort: No, asymptotic symmetries do not require anything beyond what has been firmly established by experiment; just take pure general relativity, and their magic reveals itself. 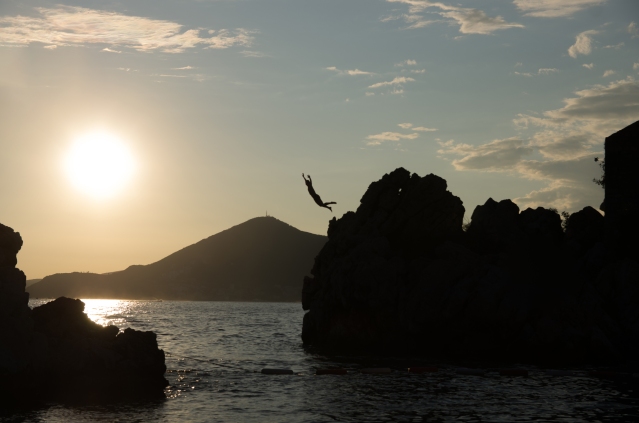 In fact, it has long been known that gravitation has rich asymptotic symmetries. To this day, the most notorious example of such symmetries is provided by the very first systems to have been studied in that light through the seminal work of Bondi, Metzner, van der Burg, and Sachs. What they showed was that gravitational fields which decay at infinity, in such a way that space-time asymptotically resembles empty Minkowski space, enjoy an infinite-dimensional symmetry extending the finite-dimensional Poincaré group of special relativity. At the time this symmetry enhancement came as a surprise, but nowadays it is considered as a typical, even crucial, feature. The corresponding symmetry transformations span the so-called BMS group. The last few years have witnessed a surge of renewed interest in the study of this group, following Strominger’s observation that BMS symmetry could be seen as a restatement of soft graviton theorems in quantum field theory. By now, BMS has been the subject of a myriad of papers ranging from scattering amplitudes to the information paradox.

Thomas precession: as a particle follows an accelerated circular trajectory (e.g. an electron orbiting an atomic nucleus), its locally inertial frame returns to itself up to a rotation. The latter can be seen as the (an)holonomy of a Berry connection.

Despite the success story of BMS symmetry, I felt at the end of my PhD that certain key puzzles had not been addressed. For instance, while everyone seemed to agree that asymptotic symmetries do exist, few of their experimental implications were known — with the notable exception of the memory effect, which had recently been related to BMS. In any case, I started wondering about plausible experimental signatures of asymptotic symmetries. The task was heavily constrained by the tools at my disposal — only general relativity and basic quantum mechanics — but soon enough an intuition took shape. Namely, the phenomenon of Thomas precession is one of the best established kinematical consequences of Poincaré symmetry; it consists in a slow change of the orientation of a particle’s locally inertial reference frame when that particle is subjected to a time-dependent sequence of Lorentz boosts. The intuition, then, was to ask the following: if Thomas precession occurs when a particle undergoes cyclic sequences of Poincaré transformations, what would happen instead if it was acted upon by BMS transformations? Would asymptotic symmetries contribute to the precession rate?

This question led to three papers, the last of which appeared in CQG. Abstractly, I considered the Hilbert space of a single particle (with some mass and spin), endowed with a well-defined unitary action of asymptotic symmetries. The latter supply soft gravitation that ‘dress’ the particle, hence the title: ‘Thomas Precession for Dressed Particles.’ As it happens, dressed particles in four dimensions are poorly understood at present, so I focused on three space-time dimensions for mathematical definiteness. A key step in the calculation was to realise that Thomas precession is actually a Berry phase that the particle’s wavefunction picks up when subjected to cyclic changes of reference frames. From this perspective, the main conclusion of my work is that gravitational dressing does, indeed, produce non-zero Berry phases; they can be evaluated exactly (!) and reduce to known formulas for Thomas precession when all changes of frames lie in the Poincaré group. Remarkably, some of those phases have a straightforward extension to four space-time dimensions despite our limited current understanding of four-dimensional BMS symmetry. My hope is that these phases can be observed in some way — though I’m at a loss to provide a concrete experimental proposal. (Incidentally, I do have proposals in analogous fluid-dynamical contexts involving the KdV equation, but those are not, strictly speaking, gravitational.) A perhaps more realistic expectation is that such Berry phases and Thomas precession can at least be guiding examples in the quest for experimental signatures of asymptotic symmetries. Time may tell if this is indeed the case; in the meantime, I cannot help but be fascinated by how rich and mysterious Nature can be, even when we study aspects as seemingly elementary as its space-time symmetries.

This article was published as part of our Focus Issue: BMS asymptotic symmetries.