Can quantum fields tell us about the curvature of a black hole event horizon?

How do these different horizon shapes affect black hole physics? If we look at our reflection in a flat mirror, it is undistorted, but a mirror with positive or negative curvature distorts our reflection, as might be experienced in a “hall of mirrors” at a fairground (see image below for some similar effects).

Tom Morley is a PhD student at the University of Sheffield.

Peter Taylor is Assistant Professor of Mathematical Sciences at the Centre for Astrophysics and Relativity, Dublin City University.

Elizabeth Winstanley is Professor of Mathematical Physics at the University of Sheffield.

What might be a suitable “mirror” to reflect the properties of the event horizon curvature? One possibility is to look at quantum fields and see whether they are affected by the curvature of the event horizon. Hawking famously showed that black holes are not so black, but emit energy in the form of quantum radiation. Quantum expectation values encode information about this radiation and are used to study its properties.

In the early 1970s, there was a flurry of activity around proving black hole uniqueness theorems for asymptotically flat black holes in four space-time dimensions and in a vacuum. In the 1980s, the emphasis changed somewhat, with higher-dimensional and non-vacuum black holes the focus of attention. In the 1990s, further impetus from new developments in string theory prompted research into black hole solutions to the Einstein equations with a negative cosmological constant. These are black holes in anti-de Sitter space-time. There are three types of static anti-de Sitter black hole solution, namely those with spherical, planar and hyperboloidal horizons. In the latter two cases, the black hole horizons are non-compact. One can construct new solutions by compactifying these horizons by identifications in different ways, see diagram below. This produces black holes which are globally distinct (because their event horizons have very different shapes) but locally indistinguishable (because the space-time metric is the same whether the horizon is flat or cylindrical, for example). 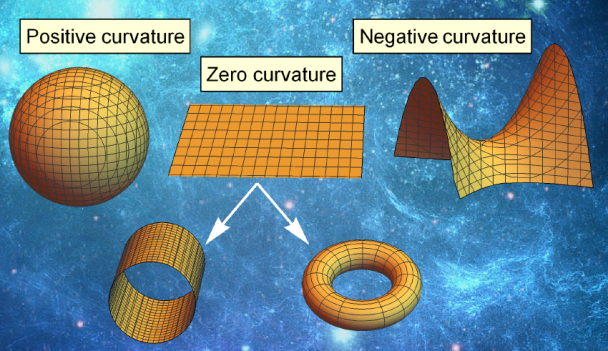 A quantum field is very sensitive to the global properties of the background space-time on which it lives, in particular to the different compactifications of the horizon. The reason is that in order to describe the quantum field, it is necessary to specify what quantum state the field is in, and specifying the quantum state is tantamount to specifying global boundary conditions. Hence, the quantum state would be sensitive to the different identifications of the same horizon geometry and would leave a distinct signature on quantum expectation values.

Quantum expectation values have been notoriously difficult to compute on black hole space-times. But over the past couple of years, the development of new techniques has made these calculations much more tractable. Employing one of these new approaches, our paper is the first systematic study of quantum expectation values for black holes with horizons that do not have positive curvature. In our work, we have considered event horizons with zero or negative curvature that are infinite in extent (or non-compact). The sensitivity of the vacuum polarisation that we compute to the curvature of the event horizon raises the tantalising prospect that the shape of the horizon may indeed be encoded in quantum expectation values. Precisely what the quantum observables are that might reveal the horizon shape, without a priori knowledge of the shape, remains an open problem.