Adam Day is the former publisher of Classical and Quantum Gravity. His background is mostly in publishing, where he thoroughly enjoyed working with the gravitational physics community. He now works as a Data Scientist for SAGE Publishing. 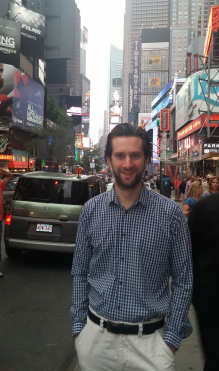 The first time I heard of Twitter, I thought “why would anyone use this?” It seemed to have such limited utility – another passing internet fad that we would all grow tired of soon. Out of curiosity, I joined Twitter back in 2009 and it was clear at that point that gravitational physicists shared my first impressions. There were very few CQG authors signed up to the service and fewer who were visibly using it.

Over time, however, that picture changed and my mind with it. There is now END_OF_DOCUMENT_TOKEN_TO_BE_REPLACED

Adam Day is the Executive Editor of Classical and Quantum Gravity

CQG is known for its high standard of peer review. We’re extremely grateful to everyone in the gravitational physics community who has helped to build and maintain this standard over the years. Detailing everything that goes into this would go beyond the scope of a single blog post. Nevertheless, I thought it might be helpful to you if I say a few words about what we are looking for in referees’ reports here at the CQG editorial office.

If you have refereed for CQG lately, you will have seen END_OF_DOCUMENT_TOKEN_TO_BE_REPLACED

The primordial curvature perturbations are so relevant today for current observations since these capture the information about the primordial Universe at the time inflation took place. During the END_OF_DOCUMENT_TOKEN_TO_BE_REPLACED

The practical challenges of characterizing the Advanced LIGO detectors.

The Advanced LIGO gravitational wave detectors are extremely sensitive instruments, measuring almost impossibly small changes in length. Their sensitivity is equivalent to measuring a change in distance the thickness of a human hair between Earth and Alpha Centauri, the closest star to Earth. Naturally, such a sensitive measurement picks up background noise in the form of disturbances that pollute the signal. For example, we might expect to see wind gusts, lightning strikes, earthquakes, or four buses full of middle schoolers rolling down the driveway to appear in the data as noise.

How then can we be sure LIGO really detected a END_OF_DOCUMENT_TOKEN_TO_BE_REPLACED

Tim Johannsen is a postdoctoral fellow at Perimeter Institute for Theoretical Physics and the University of Waterloo specializing in black-hole astrophysics and tests of general relativity.

Black holes have no hair – so they say. Formally, this statement refers to several famous theorems in general relativity that were established mostly from the late 1960s to the early 1970s and are collectively known as the no-hair theorem. According to this theorem, a black hole only depends on its mass, angular momentum (or spin), and electric charge and is uniquely described by the Kerr-Newman metric. So, just about everyone would expect that astrophysical black holes are indeed the Kerr black holes of general relativity understanding that any net electric charge would quickly END_OF_DOCUMENT_TOKEN_TO_BE_REPLACED

Helvi and Paolo visiting Toronto during the International Conference on Black Holes at the Fields Institute last year.
Helvi is Research Fellow in the School of Mathematical Sciences at the University of Nottingham. Paolo is Assistant Professor at Sapienza University of Rome and Research Scientist at the Instituto Superior Técnico in Lisbon.

We are proud to present the completed Focus Issue on “Black holes and Fundamental Fields” one year after its first contribution has been published online.

This issue appears serendipitously at the same time as LIGO’s historic detection of gravitational waves which, simultaneously, provided us with the first direct observational evidence for the existence of black holes (BHs). We wish to take this opportunity to congratulate the LIGO/VIRGO Scientific Collaboration and everyone involved on  their breakthrough discovery!

The true excitement around this discovery arises from the fact that it marks the beginning of the long-sought-for era of gravitational-wave astronomy. As Kip Thorne recently put it, “Recording a gravitational wave […] has never been a big motivation for LIGO, the motivation has always been to open a new window to the Universe”. The outstanding observation of a BH binary coalescence — and the expectation of END_OF_DOCUMENT_TOKEN_TO_BE_REPLACED 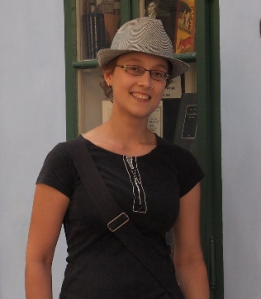 Lisa Glaser is currently a Research Fellow at University of Nottingham, and will (from September 2016) join Renate Loll’s group at the Radboud Universitet in Nijmegen with a Marie Skłodowska-Curie fellowship to explore renormalisation in discrete theories of quantum gravity.
You can follow her on Twitter.

1. Tell us about your thesis

During my Ph.D. I worked on causal dynamical triangulations and causal set theory. While these approaches are very different at first sight, upon closer examination they show important similarities. In both theories we try to solve the path integral over geometries by introducing a regularisation.

In causal dynamical triangulations the regularisation are simplices, which scale away in the continuum limit, while causal set theory proposes a fundamental smallest volume of space-time events. Another similarity is that both of these theories try to incorporate the Lorentzian structure of space-time into the theory. In causal dynamical triangulations this is implemented through a END_OF_DOCUMENT_TOKEN_TO_BE_REPLACED 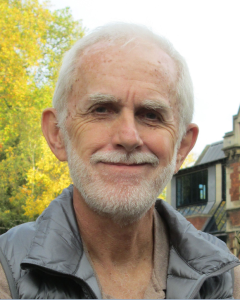 As if celebrating the 100th birthday of general relativity weren’t enough, the LIGO-Virgo collaboration has provided “the icing on the cake” with today’s announcement of the first direct detection of gravitational waves. At press conferences in the USA and Europe, and in a paper in Physical Review Letters published afterward, the team announced the detection of a signal from a system of two merging black holes.

The signal arrived on 14 September, 2015 (its official designation is GW150914), and was detected by both the Hanford and Livingston advanced detectors of the LIGO observatory (the advanced Virgo instrument in Italy is not yet online). It was detected first by END_OF_DOCUMENT_TOKEN_TO_BE_REPLACED

Yes! The biggest problem in cosmology—the apparent acceleration of the expansion of the Universe and the nature of dark energy—has stimulated a debate about “backreaction”, namely the effect of inhomogeneities in matter and geometry on the average evolution of the Universe. Our recent paper aims to close a chapter of that debate, to encourage exciting new research in the future.

Although matter in the Universe was extremely uniform when the cosmic microwave background radiation formed, since then gravitational instability led to END_OF_DOCUMENT_TOKEN_TO_BE_REPLACED 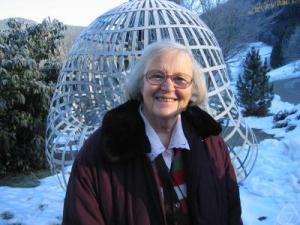 Yvonne Choquet-Bruhat is a French mathematician and physicist, renowned for her pioneering work on the initial value problem of General Relativity. Her work was one of the “Milestones of General Relativity” featured in a recent CQG focus issue. She has been on the faculty of the University of Marseille, the University of Reims and the University Pierre-et-Marie-Curie in Paris. She was the first woman to be elected to the French Academy of Sciences and is a Grand Croix of the Legion of Honour of France. She is also an elected member of the American Academy of Arts and Sciences. This reminiscence of Einstein was presented at the conference “A Century of General Relativity” held in Berlin, 30 November to 5 December, 2015. This image of Yvonne Choquet-Bruhat has been obtained from Wikipedia where it was made available by Momotaro under a CC-BY-SA 2.0 license. It is included within this article on that basis and attributed to Oberwolfach Photo Collection.

I met Einstein in 1951 at the Institute for Advanced Study in Princeton. I was making there a postdoctoral stay, as assistant to the great mathematician Jean Leray, a part-time permanent professor at the IAS. I had defended a thesis on General Relativity under the official direction of André Lichnerowicz, but it was Jean Leray who had encouraged me to attack the problem of the existence of solutions of the Einstein equations taking given initial values, without assuming their analyticity. When I told Lichnerowicz about Leray’s suggestion, he said “it is too difficult for a beginner”. In fact it was not so difficult. In harmonic coordinates, called then “isotherm”, introduced by Lanczos, DeDonder and Georges Darmois, the Einstein equations in vacuum look like a system of quasidiagonal, quasilinear system of second order partial differential equations hyperbolic for a Lorentzian metric. I found by chance an article written in French by END_OF_DOCUMENT_TOKEN_TO_BE_REPLACED