How to master spatial average properties of the Universe?

The question of how to define a cosmological model within General Relativity without symmetry assumptions or approximations can be approached by spatially averaging the scalar parts of Einstein’s equations. This yields general balance equations for average properties of the Universe.  One open issue that we address here is whether the form and solutions of these equations depend on the way we split spacetime into spatial sections and a global cosmological time. We also discuss whether we can at all achieve this – given the generality of possible spacetime splits.

Our CQG Letter explores the general setting with a surprisingly simple answer.

Currently most researchers in cosmology build model universes with a simplifying principle that is almost as old as General Relativity itself.  One selects solutions that are isotropic about every point, so that no properties of the model universe depend on direction. This local assumption restricts one to homogeneous geometries that define the cosmological model globally, up to the topology that is specified by initial conditions. Spacetime is foliated into hypersurfaces of constant spatial curvature, labelled by a global cosmological time-parameter. The homogeneous fluid content of these model universes is assumed to define a congruence of fundamental observers moving in time along the normal to these hypersurfaces. Einstein’s equations reduce, in this flow-orthogonal foliation, to the equations of Friedmann and Lemaître. The only gravitational degree of freedom is encoded in a time-dependent scale factor, which measures the expansion of space. END_OF_DOCUMENT_TOKEN_TO_BE_REPLACED

CQG Editorial Board member, Param Singh, Guest Edited the Applications of loop quantum gravity to cosmology focus issue in 2016 and 2017

A successful union of Einstein’s general relativity and quantum theory is one of the most fundamental problems of theoretical physics. Though a final theory of quantum gravity is not yet available, its lessons and techniques can already be used to understand  quantization of various spacetimes. Of these, cosmological spacetimes are of special interest. They provide a simpler yet a non-trivial and a highly rich setting to explore detailed implications of quantum gravitational theories. Various conceptual and technical difficulties encountered in understanding quantum dynamics of spacetime in  quantum gravity can be bypassed in such a setting. Further, valuable lessons can be learned for the quantization of more general spacetimes.

The scope of the Focus Issue: Applications of loop quantum gravity to cosmology, published last year in CQG, is to provide a snapshot of some of the rigorous and novel results on this research frontier in the cosmological setting.

END_OF_DOCUMENT_TOKEN_TO_BE_REPLACED 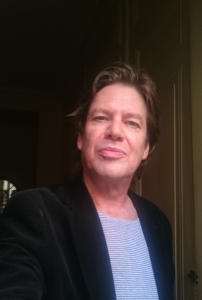 Thomas Buchert is Professor of Cosmology at the University of Lyon 1, working at the ‘Centre de Recherche Astrophysique de Lyon’ (CRAL)

This challenging question touches on the initial conditions of the primordial Universe, on modeling  assumptions, and statistical ensembles generating the Cosmic Microwave Background.

Our CQG paper explores model-independent approaches to these challenges.

We observe only a single Universe, the one we live in. We cannot rerun cosmic history to see how actual observations might have varied. Nor can we communicate with distant aliens to build an ensemble of observations of the Universe from different vantages in space and time. The only possibility that remains is to make a model of the Universe. Running this model a large number of times, we can generate an ensemble of realizations of the Cosmic Microwave Background (CMB) sky maps. In principle, it is then possible to answer the question, whether there is a single realization of the chosen model that agrees with what is observed. Moreover, we should determine the probability of finding this single realization within the ensemble of patterns that our model allows. To do this we have to END_OF_DOCUMENT_TOKEN_TO_BE_REPLACED 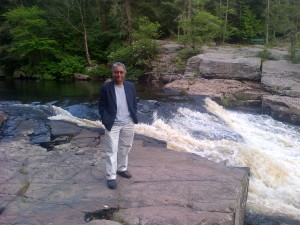 However, the WCH is tied to general relativity and its Big Bang where classical physics comes to an abrupt halt. It is generally believed that quantum gravity effects would intervene and resolve the big bang singularity. The question then is END_OF_DOCUMENT_TOKEN_TO_BE_REPLACED

Since 1991 Massimo Giovannini has extensively researched, taught and written on high-energy physics, gravitation and cosmology. He wrote over 180 papers and various review articles. He is the author of a book entitled “A primer on the physics of Cosmic Microwave Background” published in 2008.

In the conventional view these questions are quickly dismissed since the quantum origin of large-scale curvature fluctuations is, according to some, an indisputable fact of nature. This is true if and when END_OF_DOCUMENT_TOKEN_TO_BE_REPLACED

Written by Dr Georgios V Kraniotis, a theoretical physicist at the University of
Ioannina in the physics department.

A new exciting era in the exploration of spacetime
The investigation of the interaction of a scalar particle with the gravitational field is of importance in the attempts to construct quantum theories on curved spacetime backgrounds. The general relativistic form that models such interaction is the so called Klein-Gordon-Fock (KGF) wave equation named after its three independent inventors. The discovery of a Higgs-like scalar particle at CERN in conjuction with the recent spectacular observation of gravitational waves (GW) from the binary black hole mergers GW150914 and GW151226 by LIGO collaboration, adds a further impetus for probing the interaction of scalar degrees of freedom with the strong gravitational field of a black hole.

Kerr black hole perturbations and the separation of the Dirac’s equations was a central theme in the investigations of Teukolsky and Chandrasekhar [1].

All the above motivated our research recently published in CQG on the scalar charged massive field perturbations for the most general four dimensional curved spacetime background of a rotating, charged black hole, in the presence of the cosmological constant

Where interesting physics meets profound mathematics
The KGF equation is the relativistic version of the Schrödinger equation and thus is one of the fundamental equations in physics.

In our recent CQG paper, we examined END_OF_DOCUMENT_TOKEN_TO_BE_REPLACED

Written by Piret Kuusk, Mihkel Rünkla, Margus Saal, Ott Vilson, researchers from the Institute of Physics at the University of Tartu, Estonia.

Working in the field of cosmology one deals casually with modified gravity. Modifications can be small or large. Sometimes a small modification of the theory could cause a large effect. It is also possible that large modifications do not affect the predictions of the theory at all. The concept of cosmological inflation can probably illustrate both of these situations somehow. Adding a short period of inflation to the evolution of early universe seems as a small modification of the theory. This modification in turn has a large effect as it solves the horizon and flatness problems. In the simplest case inflation is driven by an additional scalar field with a suitable self-interaction potential. During inflation potential dominates over the kinetic term of the scalar field giving rise to a slow roll. Dealing with slow-roll inflation can illustrate the second aforementioned situation: slow-roll can be incorporated in different theoretical frameworks not affecting the universal predictions of slow-roll.

Although the predictions of slow-roll inflation are in some sense universal, the observational data can still invalidate some specific models. One can read sentences as “minimally coupled inflation is ruled out”, which invite us to consider END_OF_DOCUMENT_TOKEN_TO_BE_REPLACED

The primordial curvature perturbations are so relevant today for current observations since these capture the information about the primordial Universe at the time inflation took place. During the END_OF_DOCUMENT_TOKEN_TO_BE_REPLACED

Julian Barbour is an independent theoretical physicist and Visiting Professor in Physics at the University of Oxford. He has specalized in the relational aspects of dynamics.

The Singular Universe is effectively two separate books held together by some common ideas. Roberto Mangabeira Unger is a philosopher, social and legal theorist and politician who helped to bring about democracy in Brazil and has twice been appointed as its Minister of Strategic Affairs (in 2007 and 2015). According to Wikipedia (current entry), “his work begins from the premise that no natural social, political or economic arrangements underlie individual or social activity.” A similar spirit informs his approach to cosmology. Lee Smolin is of course well known as one of the creators of loop quantum gravity and as the author of several popular-science books. For brevity, I shall refer to the authors as RMU and LS. The book is over 500 pages in length. The first part, by RMU, is more than twice the length of LS’s and could have been shortened without loss of essential content. There is a final 20-page section detailing differences of view, which are substantial in some cases because RMU advocates a much greater break with the conventional approach to science than LS.

The two authors are agreed that a new ‘historical’ approach to cosmology is needed. For RMU, the mere fact that the universe has been shown to have a history is enough to indicate that the methods hitherto used to study the universe must be radically modified. LS argues for a new approach because of our failures to understand the history and properties of the universe as so far discovered. He points out that, END_OF_DOCUMENT_TOKEN_TO_BE_REPLACED

A few assumptions regarding life and technology translate into new cosmological solutions.

For the universe as a whole, will the next several billion years be any different from the last several billion years? What kinds of things could make it different? Something like a phase transition or a big rip would definitely break up the monotony, but that kind of thing seems unlikely to happen any time soon. Barring that, we can expect cosmic acceleration to push a bit harder, galaxies to get a bit dimmer, black holes to get a bit fatter.  It’s mostly a boring, predictable, stable time for the cosmos.

Then again, there is something a little different happening now. It hardly seems worth mentioning. It takes a while for the universe to produce enough heavy elements to form earthlike planets. And then, judging by our END_OF_DOCUMENT_TOKEN_TO_BE_REPLACED