It’s been a busy few weeks for CQG – we’ve been to the Era of Gravitational Wave Astronomy conference in Paris, hosted the annual Editorial Board meeting in London, attended the Loops17 conference in Warsaw and now it’s time to fly off to California for Amaldi12.

Amaldi12, named after Edoardo Amaldi, will be held at the Hilton Hotel in Pasadena, CA from 9th – 14th July. The conference will explore the science around gravitational waves and their detection, particularly in light of the confirmed detections by LIGO-Virgo and new advances with the LISA mission.

I will be at the conference Monday through Friday with a table top booth at the event, located near the international ballroom in the hotel. I’m really interested in hearing your thoughts about the journal, so please do stop by say hello and have a chat.

Michael Zevin is a third-year doctoral student in astrophysics at Northwestern University. He is a member of the LIGO Scientific Collaboration, and in addition to citizen science and LIGO detector characterization his research focuses on utilizing gravitational-wave detections to learn about binary stellar evolution and the environments in which compact binaries form.

With the first observations of gravitational waves and the discovery of binary black hole systems, LIGO has unveiled a new domain of the universe to explore. Though the recent signals persisted in LIGO’s sensitive band for a second or less, these last words of the binary that were spewed into the cosmos provided an unprecedented test of general relativity and insight into the progenitor stars that subsequently formed into the colliding black holes. However, the hunt is far from over. With LIGO’s second observing run underway, we can look forward to many more gravitational-wave signals, and as is true with any new mechanism for studying the cosmos, we can also expect to find the unexpected.

The extreme sensitivity required to make such detections was acquired through decades of developing methods and machinery to isolate the sensitive components of LIGO from non-gravitational-wave disturbances. Nonetheless, as a noise-dominated experiment, LIGO is still susceptible to END_OF_DOCUMENT_TOKEN_TO_BE_REPLACED

by Clifford M Will. 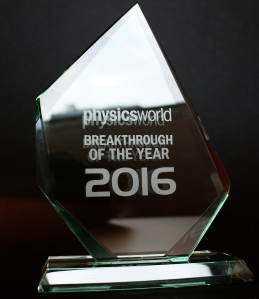 The Physics World 2016 Breakthrough of the Year goes to the LIGO Scientific Collaboration for their revolutionary, first ever direct observations of gravitational waves.

In recognition of this achievement, the Physics World team have created a short documentary movie with the assistance of members of the LIGO collaboration from Cardiff University.

The video features Samantha Usman, who recently wrote an excellent CQG+ entry about the discovery.
END_OF_DOCUMENT_TOKEN_TO_BE_REPLACED

Maya Kinley-Hanlon — an undergraduate student in the Department of Physics at the American University in Washington, DC — tells us more about her group’s work on optical coatings for LIGO-India. 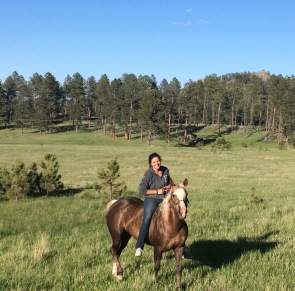 Maya Kinley-Hanlon is an undergraduate student in the Department of Physics at the American University in Washington, DC.

Our CQG paper describes measurements of optical coatings on silica glass substrates to determine if storing the LIGO optics for many years before installing them in India will cause any problems.  The coatings are known to be fairly robust in their optical properties, but as is always the case with LIGO optics, no one has any real idea about the thermal noise properties.  Since thermal noise from the coatings is expected to be a limiting noise source in the LIGO detectors, knowing if storing the optics could cause a problem is an important issue.  I worked on this END_OF_DOCUMENT_TOKEN_TO_BE_REPLACED